So as someone who doesn’t really know a lot about fantasy–I’d love to ask: What is it about fantasy that appeals to you all as writers and readers? To me, on a superficial level, it’s the element of escape, but what else is it? A lot of your book proposals seem to have strong fantasy elements and would love to hear where you all are coming from! 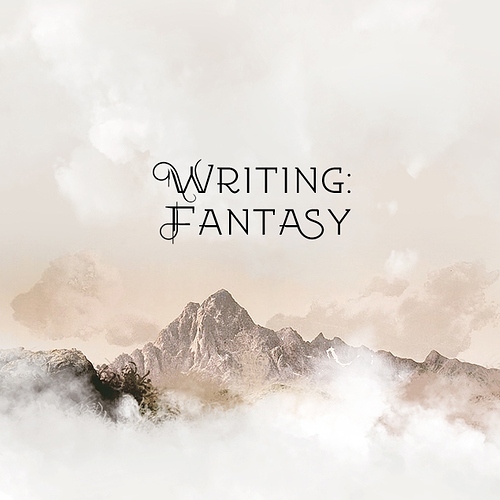 For me, it stems from a life time of playing games. I was pretending to fight at the Alamo and exploring deepest Africa in a big woods near my house when I was a kid. From there, I graduated to D & D and War Games. That and reading LOTR and other Fantasy works, it’s a natural progression to wanting to create your own world.

I love this question

Creatures.
I love unicorns, dragons, and fairies especially, but any fantasy work that delves into creature lore will probably be hard for me to put down.

I’m currently about to start book four of the A Court of Thorns and Roses series, and while the characters themselves interest me, it’s the interaction of fairy lore that excites me. My favorite fairy-centered works show fairies as dark, violent, scheming, intelligent creatures, not necessarily flitting around flowers. The Courts series opens on a world where fairies and humans have been separated by a wall for centuries because fairies used to keep humans as slaves… I won’t reveal too much of the plot, but that tagline was enough to get me past/through the annoying protagonist/narrator. (She gets… a little better).
TLDR; I’m thirsty for expanded creature-lore.
(& on that note, one of my fantasy works in progress is about a fairy, the other is about dragons… I think I prefer to read fantasy, but my bucket list includes writing something epic as well.)

Magical system.
What can really make or break a fantasy book/series is the magical system.
-Does it make sense - such as are there rules to how the magic works and who can wield it?
-Is it interesting?
-Are there stakes or limits? In the Courts series, there are ‘High Fae’ and specifically High Lords who rule each court in the fairy world. They have huge amounts of power, and powers specific to them - but they still have limits. They still can ‘run out’ of their power reserves, and have to rest to replenish.

World-building.
This includes history, setting, politics, the world’s folklore, and both things mentioned above. I agree that fantasy is escapism… it doesn’t have to be realistic. But it does need to make sense, and give you everything you need to know without losing sight of the story. It must be seamless. It must be in context only to itself (or an extended literary world). I don’t want an inkling of the writer’s hand, if that makes sense. I want to be completely involved in the story, emotionally attached to characters, and dying to know what happens next because unlike thrillers/horror I can’t even begin to guess.

I’m about 75% done with a huge High Fantasy work that will run close to 2500 pages. It has the dragons, Elves and Goblins, but there are major differences as to their origins. My world has been depopulated by a great disaster in the far past. The gods have taken it into their own hands to repopulate the world. That’s all I can say at the moment.
Perhaps you’d like to help me as a Reader? I could use someone who knows the genre well.

Oh yes! I would love to help out. I love the concept already.
Ping me whenever you need my eyes!

I will. It may/will be a bit rough, but if you could help with the overall feel, I would appreciate it.